What is Family Class Immigration to Canada?

In compliance with the international laws regarding family members’ reunion, Canada has designed the family class immigration to Canada. The country’s immigration authority, Citizenship and Immigration Canada (CIC), respects the right of people coming from other countries to seek reunion with their spouses and children in Canada. The program allows Canadian citizens or permanent residents to sponsor their spouses, dependent children or their parents and grandparents to become permanent residents and thus obtain the right to live, study and work in the country. Eligible family members also include adopted children, and children that a Canadian citizen intends to adopt, nieces, nephews, sisters and brothers, and other relatives in Canada and abroad. In case that the sponsor does not have eligible relatives, he or she may sponsor up to one relative regardless of the relationship between them. Family Class does not cover spouses who have entered into marriage with the aim of obtaining Canadian citizenship. Persons who don’t intend to reside with their spouses are not considered bona fide immigrants. In addition, children who are adopted in breach of the Hague convention are not covered by Family Class.

Under the family class immigration program, it is the sponsor’s responsibility to support his spouse, dependents or other eligible family member or members when they set foot on Canadian soil. CIC has established this requirement to ensure that the families of permanent residents will not file welfare applications to the government as soon as they arrive. During the application process, the 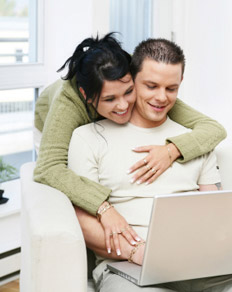 sponsor must provide the Canadian government a statement showing his income and obligations for a period of one year prior to submission of the application.
The family class immigration procedure begins with the permanent resident’s filing an application to sponsor his/her family. The process of filing a sponsorship application may differ depending on whether you are applying to sponsor your spouse or dependent child or other family members. In has to be noted that two different application kits are purchased and filed, depending on whether the sponsor’s family members live in Canada or abroad.

According to the Canadian immigration laws, all applicants for permanent residence go through thorough medical, criminal and background screening. Persons with criminal records in their home country or persons who may present a threat to the national security are not allowed to immigrate to Canada. Therefore, the applicants for family class immigration may be required to submit to CIC a certificate that proves no previous conviction in their home country.
Once the sponsor has filed an application to sponsor his or her family members, they have to also file applications for permanent residents. Note that all applications and the necessary documents going with them have to be posted together. The province of Quebec has some specific immigration sponsorship requirements that need to be observed when filing an application.

Depending on the age and family status of the applicant, fees may vary from $150 to $550, while the sponsorship application costs $75. All application fees are payable through bank transfer or online, but online payment is recommended for applicants who live outside Canada and have filed their applications in their country of origin.