The Canadian Charter of Rights and Freedoms

The Canadian Charter of Rights and Freedoms (La Charte canadienne des droits et libertés in French) is a bill of rightrs enacted on March 29, 1982. The Canadian Bill of Rights, enacted in 1960, was a federal statute which preceded the promulgation of the Charter. As a federal piece of legislation, the Bill of Rights was more limited in scope and inapplicable to provincial legislation. The new charter was approved as a constitutional document and signed by Queen Elizabeth II on April 17, 1983.

The chareter is intended to be a universal source of national values and unity, fostering the development of a pan-Canadian identity. This was especially beneficial to Franch Canadians who received full rights to move throughout the country and gained access to institutional and educational services in their own language. Still, the only values specifically mentioned in the charter’s preamble are the belief in God and the rule of law.

The Charter’s purpose is to outline and guarantee the political rights of Canadian citizens, as well as the civil rights of anyone who is residing on the territory of Canada. Individuals who are physically present in the country enjoy a number of political, civil, and social rights. The rights and freedoms guaranteed under the Charter are fundamental freedoms, democratic rights, mobility rights, legal rights, language and minority language education rights. 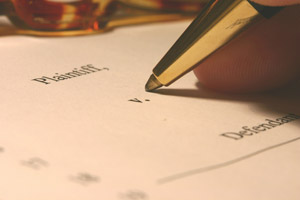 of the charter (sections 1 and 2) covers the fundamental freedoms, such as freedom of thought, conscience, religion, freedom of expression, assembly, and press – the foundation of any contemporary bill of this nature. Sections 3 through 5 define Canadians’ democratic rights, including the right to vote and be eligible for election, as well as the maximum term of the legislative body (5 years). Section 6 deals with the right to mobility, allowing freedom to enter or leave Canada, move between provinces and territories, and live outside the country.

Sections 7 through 14 outline the basic human rights that have been granted and safeguarded throughout the rest of the world – the right to life, physical integrity and personal security, privacy, etc. The following section 15 defines the right of equality before the law, as well as legal protection against undue discrimination.

Sections 16 – 22 deal with language rights and the specifics of communication within a bilingual country such as Canada. English and French are formally proclaimed to be the country’s official languages. A core principle is the right to use and be served by federal institutions in either of the two official languages. Section 23 also grants the right of minorites to receive education in their native tongue. The final sections (24 – 34) explain how the charter itself works in practice and informs of its legal background.

The interpretation and enforecement of the charter is the duty of the courts, with the Supreme Court of Canada being the ultimate authority in the subject. Section 52 of the Constitutional Act (1952) confirms the supremacy of the charter, granting courts more freedom to strike down statues that are deemed unconstitutional.

According to public opinion polls, in 1999 more than 82 percent of the Canadians approved of the Charter.