When did Canada become a country?

The history of Canada dates back to the arrival of Paleo-Indians, and its territory has been inhabited by Aboriginal peoples for millennia. However, it was only in 1867 when Canada became a unified nation under the name Dominion of Canada.

Canada was under British rule during the period of 1763 – 1867. The Treaty of Paris was signed in 1763 and under it, France ceded a large portion of its territory in present day Canada. The British rulers protected the political, religious, and social culture and property of the French-speaking habitants. In 1837, rebels in Lower and Upper Canada took up arms and fought skirmishes against the British authorities. Skirmishes took place around Hamilton, London, and Toronto, but they were of small scale and ultimately unsuccessful. A more substantial rebellion took place in Lower Canada where French- and English-Canadian rebels fought skirmishes against the British colonial government.

Canada officially became The Dominion of Canada on July 1, 1867. The formation of the Dominion of Canada was the result of the Charlottetown Conference and Quebec Conference. The Seventy-Two Resolutions established the framework under which the North American colonies of Great Britain would be unified into a federation. The resolutions were adopted by most Canadian provinces and became the basis for the London Conference, which took place in 1866. Sixteen delegates from New Brunswick, Nova Scotia, and the Province of Canada gathered with British officials to draft the British North America Act of 1867. This conference was the last of the series of conferences of the Confederation. Sir John. A. MacDonald became the first Prime Minister.

The federation emerged due to the fact that all major players pursued their interests. The Maritimes sought to have railroad connections, and the British Empire wanted the Dominion of Canada to defend itself. British-Canadian nationalists worked to unite all regions into one country, dominated by British culture and the English language. French-Canadians, on the other hand, sought to exert political control within the province of Quebec.

The British North America Act was crafted to unite the 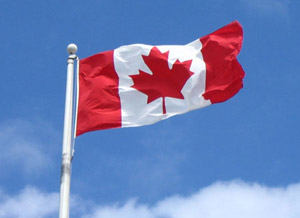 old Province of Canada with New Brunswick and Nova Scotia. Important elements include: the division of power between the provinces and the federal government; the fact that the parliament was empowered to act and pursue good government, order, and peace.

Newfoundland and Prince Edward Island opted out and joined in 1949 and 1871, respectively. The Colony of Vancouver Island and the Colony of British Columbia merged into one colony in 1866, called the Colony of British Columbia. In 1871, it was incorporated into the confederation. Alberta and Saskatchewan joined as provinces in 1905. Due to the abundant wheat crops, both provinces attracted immigrants from Central and Northern Europe, Britain, and the United States. Finally, at the Newfoundland Referendum of 1948, voters were given three choices. They could join Canada, return to Dominion status, or remain a crown colony. Joining the U.S. was not made one of the Newfoundland Referendum choices. Bitter debates followed and in 1949, Newfoundland voted to join Canada as a province.

Ultimately, Canada officially became a country in 1982. Canada became an independent country as a result of small contributions made by several Prime Ministers in different periods. Sir Wilfrid Laurier who was the Prime Minister from 1896 to approximately 1911 formed an independent Navy for Canada, without sharing Great Britain’s Navy. Another significant step taken towards Canada’s independence was Borden’s insisting that Canada should have its independent seat to sign the Treaty of Versailles, after World War I. It was an attempt at separating from Great Britain’s policies of international affairs. The last step was taken by Trudeau towards Canada becoming an independent nation. He brought home the Constitution in 1982 which legally allowed Canada to amend its own constitution instead of depending for it on Great Britain.