Joseph Philippe Pierre Yves Elliott Trudeau was the 15th Prime Minister of Canada. He dominated the political landscape after taking control of the Liberal Party. He held the position from April 20, 1968 to June 4, 1979 and then again from March 3, 1980 to June 30, 1984.

Trudeau’s mission to champion the identity of Canada is cited as one of the reasons for his popularity. One of his lasting contributions is a focus on Canadian nationalism. In 1982, the Canadian constitution went through a transformation. It included a domestic amending formula and the creation of the Canadian Charter of Rights and Freedoms, which advanced civil rights and liberties.

The Charter was in line with Trudeau’s vision of an independent and nationalist nation that prioritized fundamental human rights and freedoms. Challenges against the Charter have been utilized in order to advance women’s equality, reestablish French school boards, and allow adoption in same sex marriages in Canada. Specifically, the Charter contains sections that recognize the aboriginal rights of the Metis, that were previously denied. It has been used to remedy the social discrimination of minorities.

Trudeau has been also influential in advancing the concept of bilingualism, which was integrated into the Federal government’s activities. Official bilingualism helped those who spoke French to deal with the government more easily. Trudeau was nicknamed as the “Father of Western Alienation” by his critics. 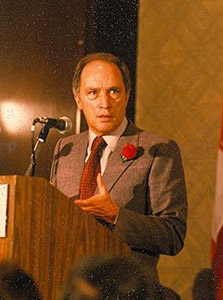 There were some Canadians who disapproved of official bilingualism as well as his other policies. They were perceived as a move away from history and tradition. Trudeau later expressed regret over the term bilingualism as it gave the impression that Canadians should speak two languages. He later clarified that his vision was that of a Canada where all cultures can be accommodated.

Trudeau made lasting impact on the arts and culture in the country. Museums have also benefited greatly from the efforts of Trudeau. In his later years as a prime minister, he instituted the National Gallery of Canada and the Canadian Museum of Civilization in the country capital. He also initiated programs that mandated Canadian content in broadcasting. The Canadian media and cultural industries also received significant subsidies.

In popular culture, Trudeau is known for witty comments that are still used by politicians in Canada. An example of these include “taking a walk in the snow”, a description he used on his decision to leave office. Other expressions attributed to him are the Trudeau Salute. Image Courtesy

Detractors point out that economic policies were neglected under his leadership. Inflation and employment grew during the period he acted as a prime minister. At the time that he took office in 1968, Canada had a debt that stood at 24 percent of its gross domestic product. The debt was mostly considered leftovers from the World War II. By the time he left office in 1984, the debt grew to 46 percent. However, Trudeau’s supporters point out that it only reflected the trends in most countries at the time.